This lime rickey recipe is simple and delicious.  You can even adapt it to make a virgin lime rickey if you fancy. You may know this drink by its other name – gin rickey. The ingredients are the same.

A fun thing about discovering new cocktails is learning about their origin. One of the most interesting and oldest drinks that I enjoy is the classic Lime Rickey.

If you haven’t heard of a gin rickey before, then you are in for a real treat. Lime Rickeys are refreshing and great for when you want something a bit different. 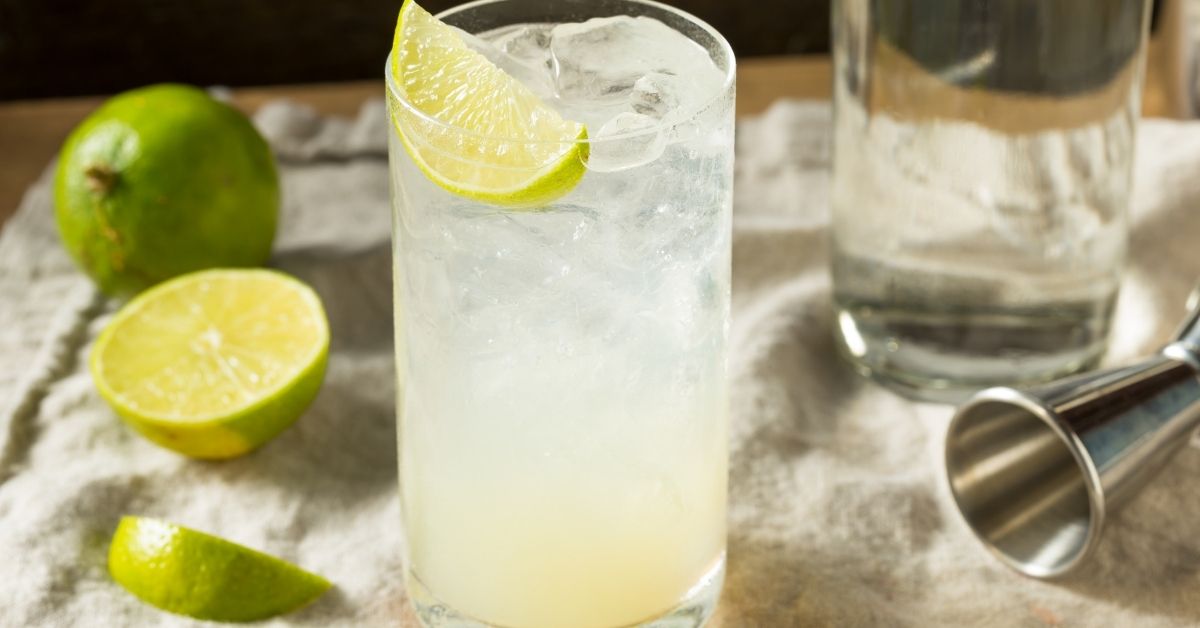 This post may contain affiliate links. Please read my Disclosure for more information.

Why is it called a lime rickey? 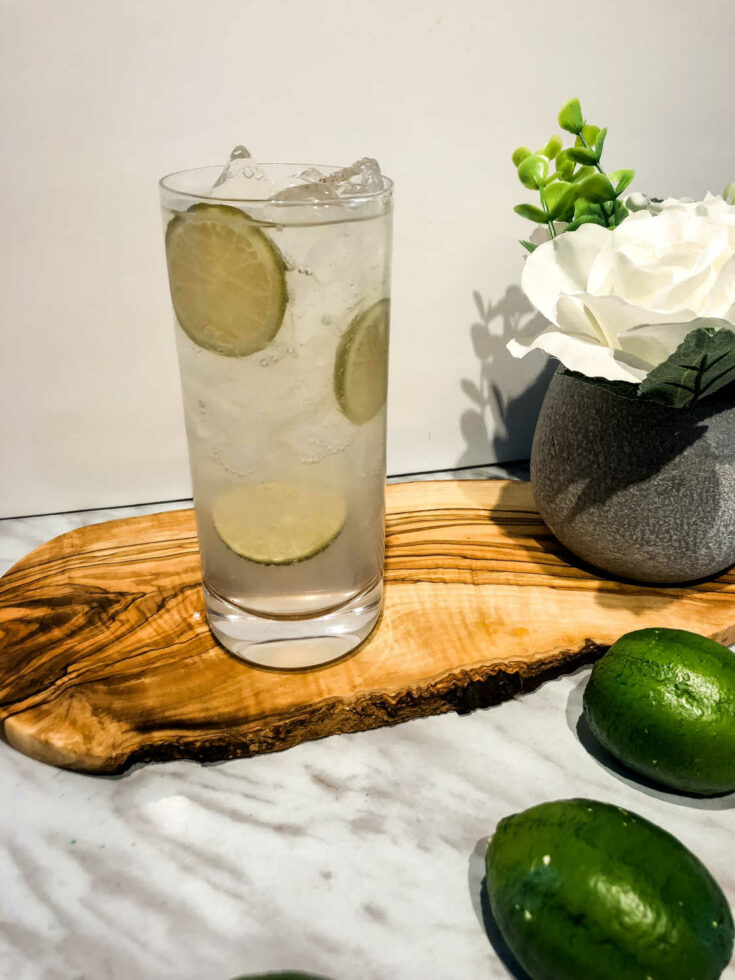 The lime Rickey is a great drink if you like history.

The person who created the lime rickey also named it. It was originally invented in the 1880s by a Democratic Lobbyist called Colonel Joe Rickey.

He frequented a bar in Washington DC called Shoomakers and worked with the bartender to come up with this delicious beverage.

The original version contains whiskey instead of gin and lemon instead of the lime.

It wasn’t until 1883 that Missouri Rep William Henry Hatch added in the lime.

Eventually gin became more popular than whiskey although both versions are still common.
You may also come across the lime rickey under the names “Gin Rickey” or simply “Rickey” but the ingredients stay pretty much the same.

Is a lime rickey alcoholic? 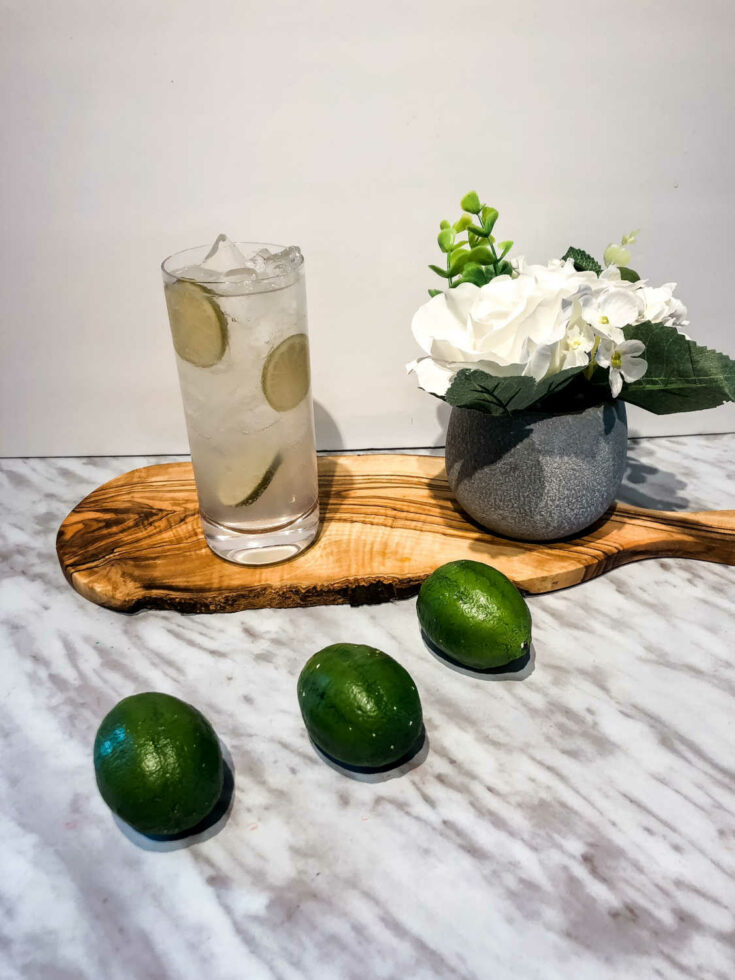 Typically the Lime Rickey does contain alcohol, namely gin or bourbon in some versions.

During prohibition, the virgin Lime Rickey became popular and was a staple of soda fountain.

Without the alcohol, the Lime Rickey is a really nice refreshing lime flavored seltzer.

What is in a lime rickey cocktail? 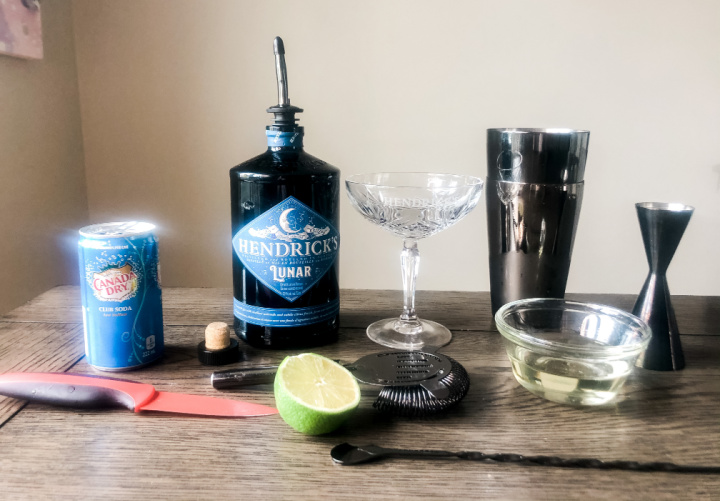 I typically use gin  (In this recipe I used Hendricks Lunar gin) but bourbon is just as common and offers a smokier flavour.

If you love gin and lime cocktails, make sure to check out my gin mojito recipe – it tastes amazing.

You can make your Gin Rickey in a high ball glass or a cocktail glass – both work really well. I like to garnish mine with a slice of fresh lime. 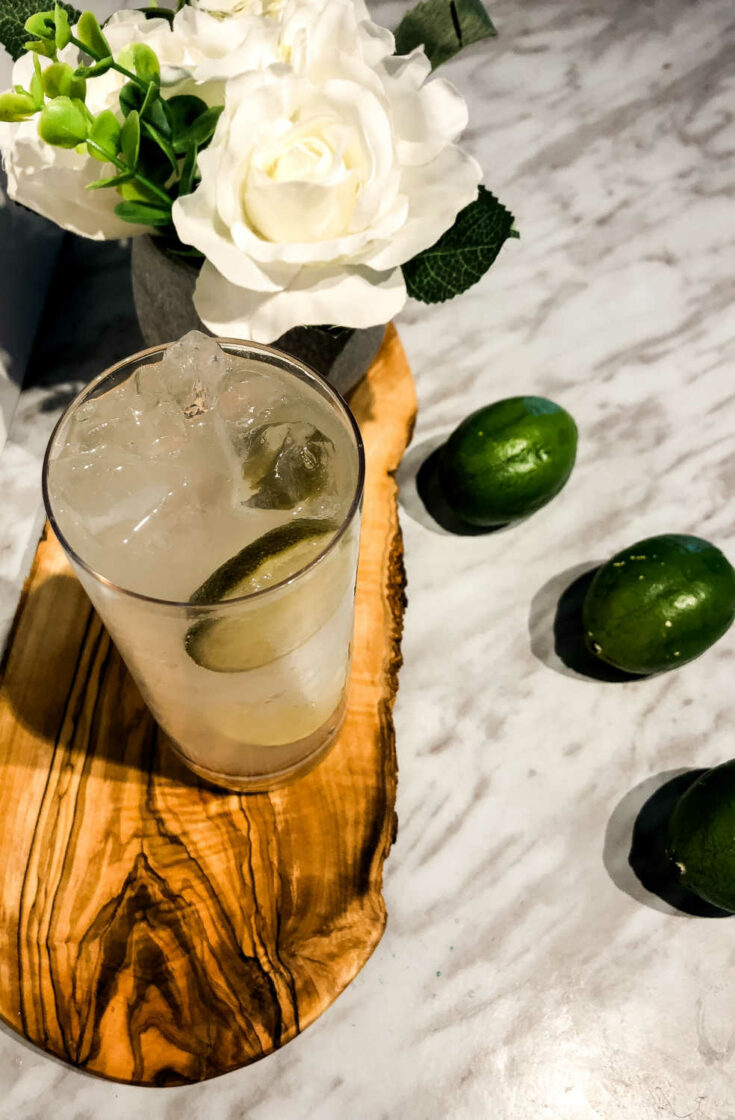 This Gin Rickey tastes great with freshly squeezed lime juice. You can add more club soda to taste if you like your drink less strong.

1. Add the lime juice and simple syrup to your cocktail shaker. Shake well.

2. Add the gin and shake

3. Fill a glass (highball or goblet) with ice

4. Pour the mixtures over the ice

6. Add a slice of lime for a garnish

You can interchange the gin for bourbon.

Omit the alcohol completely for a non-alcoholic refresher 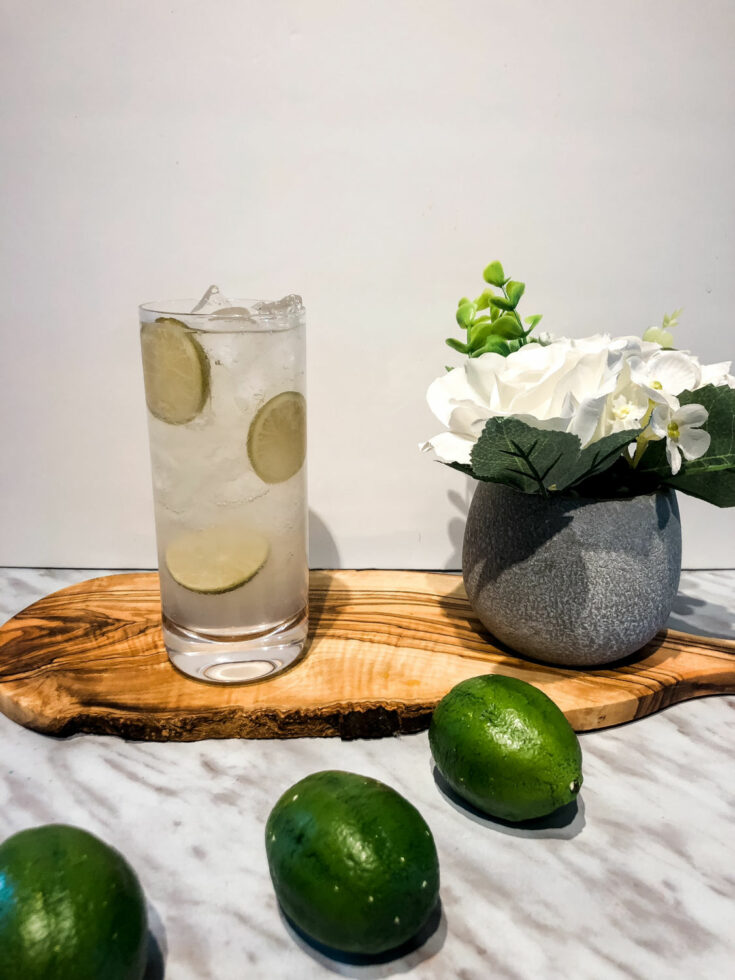