A classic vodka sour cocktail is easy to make and is the perfect mix of sweet and sour. If you love tart drinks, then this sour recipe is for you!

At first I was a little bit apprehensive of the vodka sour because of the egg white that gives it the frothy head but this is a simply delicious drink that wins you over on the first sip.

If you are a fan of tart drinks like the Sea Breeze, you will enjoy the lemony taste of the vodka sour drink. The nice thing about this cocktail is that it has a classic look and taste.

It makes you want to watch old black and white movies or have a Gatesby-esque cocktail party.

Read on for all the details on how to make this delicious cocktail in just minutes. 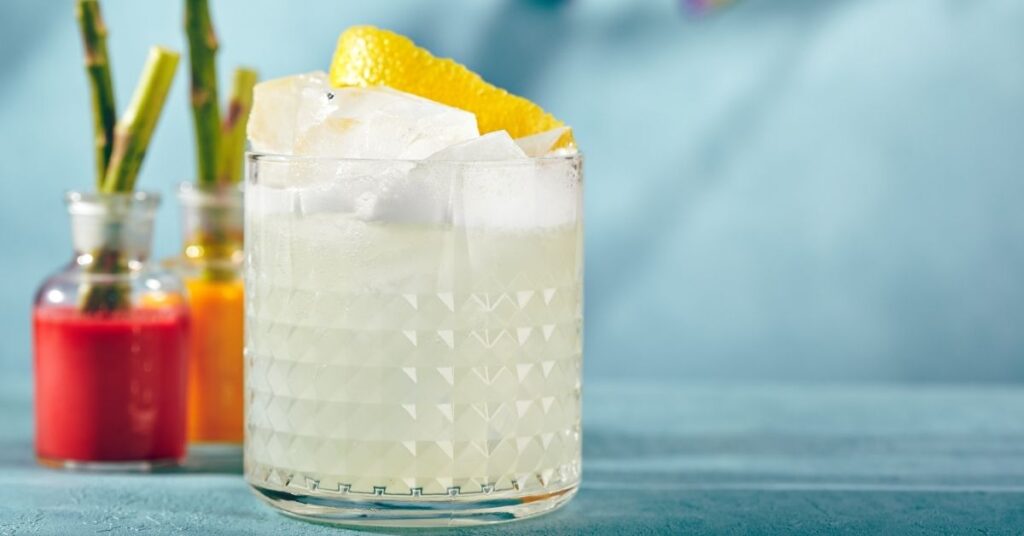 What makes a cocktail a sour?

Sour cocktails all have one thing in common, they are made up of three different parts – liquor, citrus and a sweetener.

The most common formula for a sour cocktail is 2 ounces of alcohol, 3/4 ounce citrus, 3/4 ounce sweetener.

The citrus is normally lemon or lime and the sweetener could be sugar or syrup.

Many sour drinks also include egg white or aquafaba. This gives the foamy look that drinks such as whiskey sour or vodka sour are known for.

Not all drinks that are in the ” sour” family have the word sour in their name, although some famous ones do.

Here are some of the most common sour drinks:

And of course, our Vodka Sour cocktail!

What Do You Put In A Vodka Sour? 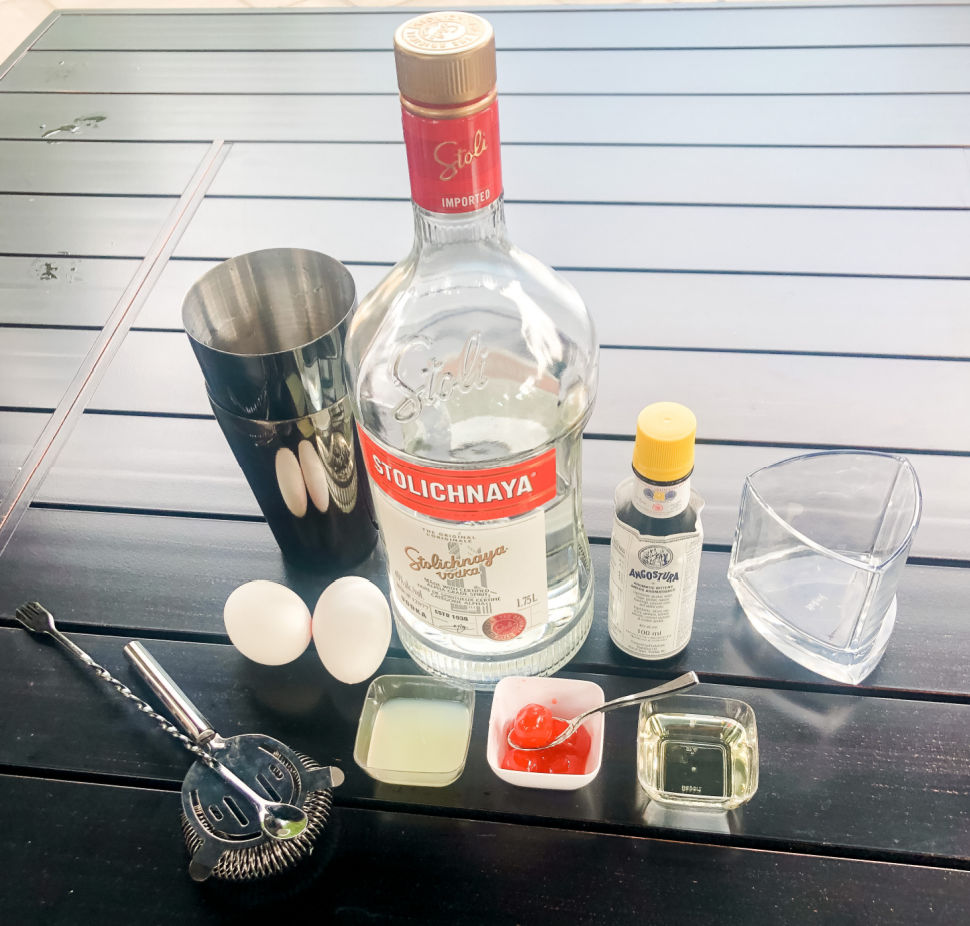 For a Vodka sour you need:

The classic recipe also calls for 1 egg white to add the frothy white head in your drink.

A lot of people are worried about the taste of the egg in the cocktail but egg whites are essentially flavorless so no need to worry!

How To Make The Vodka Sour Cocktail 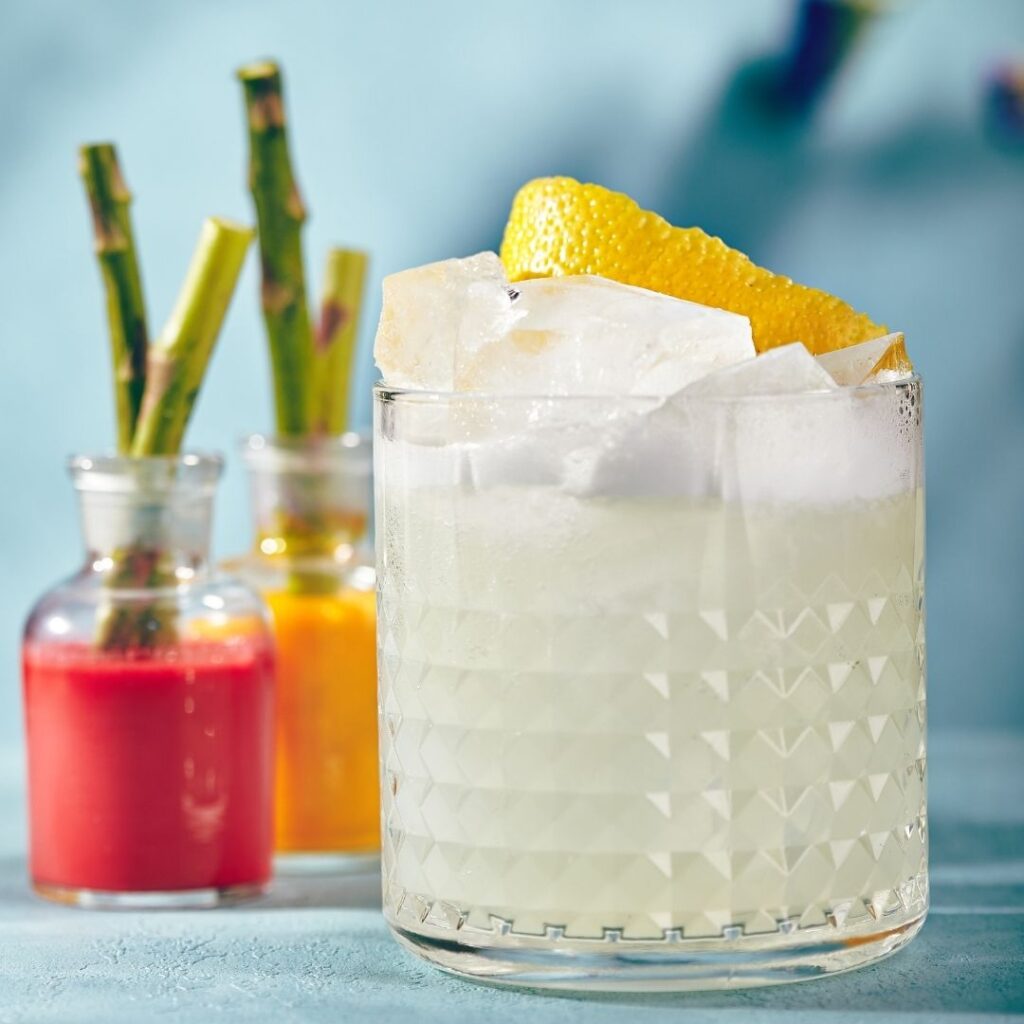 Once you have juiced your lemon and separated your egg white, it’s time to start making your cocktail.

The vodka sour is really easy to make but you do need to employ a little bartender trick for the first step. It’s called the Dry Shake.

What Is The Dry Shake Method?

For the Vodka Sour you want to do a dry shake to make sure the egg white froths and makes the beautiful looking cocktail when you are done.

The dry shake achieves this by whipping air into your egg whites and making them as frothy as possible.

To do a dry shake, simply put, add the ingredients for the cocktail into a cocktail shaker. Then shake them vigorously for at least 30 seconds.

After dry–shaking, add ice and shake the mixture again then strain and pour into glasses.

Tools Needed For A Vodka Sour 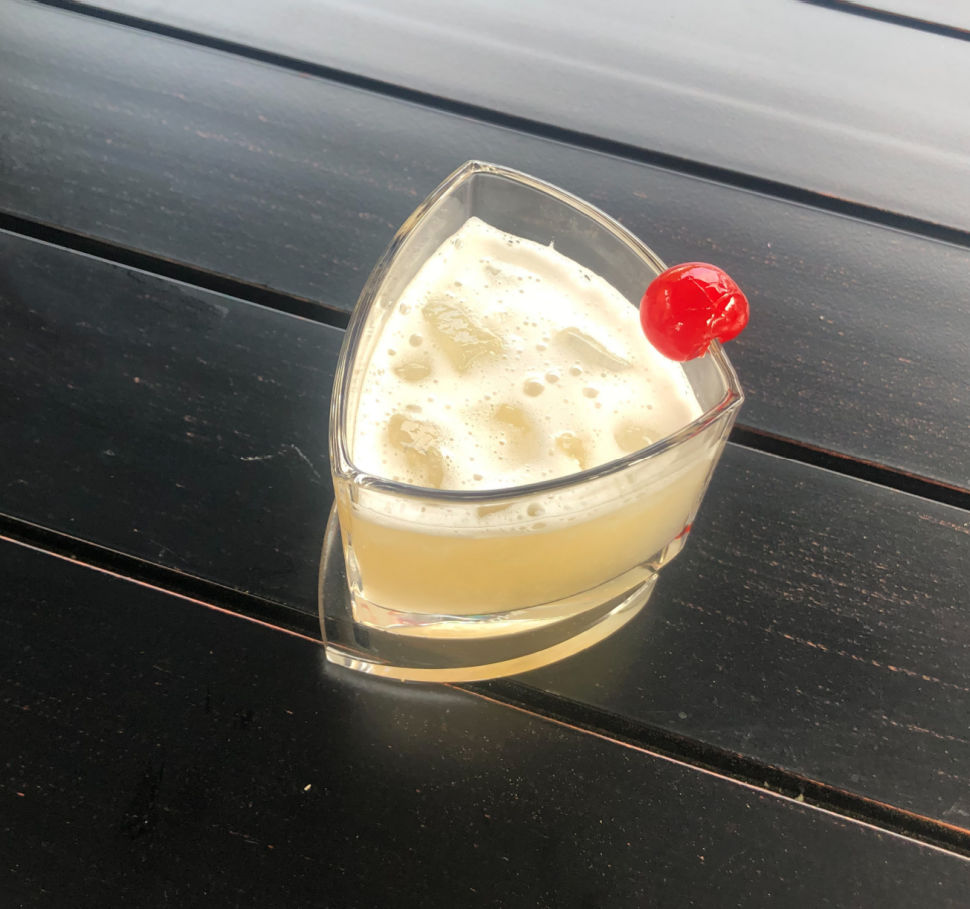 To make this vodka sour, you’ll need a few basic home bartending tools that you might already have.

If you like the cool triangle glasses that I used in the picture, you can grab them here.

These are the tools you’ll need to make this cocktail:

Can you use boxed egg whites for vodka sour?

A lot of people are worried about using raw egg white in their cocktails. Luckily, many fresh eggs sold in the grocery store are actually flash pasteurized nowadays. I know where I live in Canada that is often the case unless you buy directly from a farm.

I highly recommend not using boxed egg whites for this cocktail.

However, in a pinch, you can buy pasteurized liquid egg whites which are sold in a carton.

Can I use powdered egg whites in cocktails?

Unfortunately powdered egg whites will most definitely not work for the vodka sour cocktail.

Can you make a vodka sour without egg white?

You most certainly can make the vodka sour without egg white. The taste will not be any different but you will not get the lovely frothy top to your cocktail.

Another option is to use aquafaba!

It  is the liquid that’s in a can of chickpeas that you buy at any store. It is starchy and gives you the frothy look of the egg white without the eggs.

This option is perfect for anyone with an egg allergy or people following a vegan diet. Uses two tablespoons of aquafaba instead of one egg white. 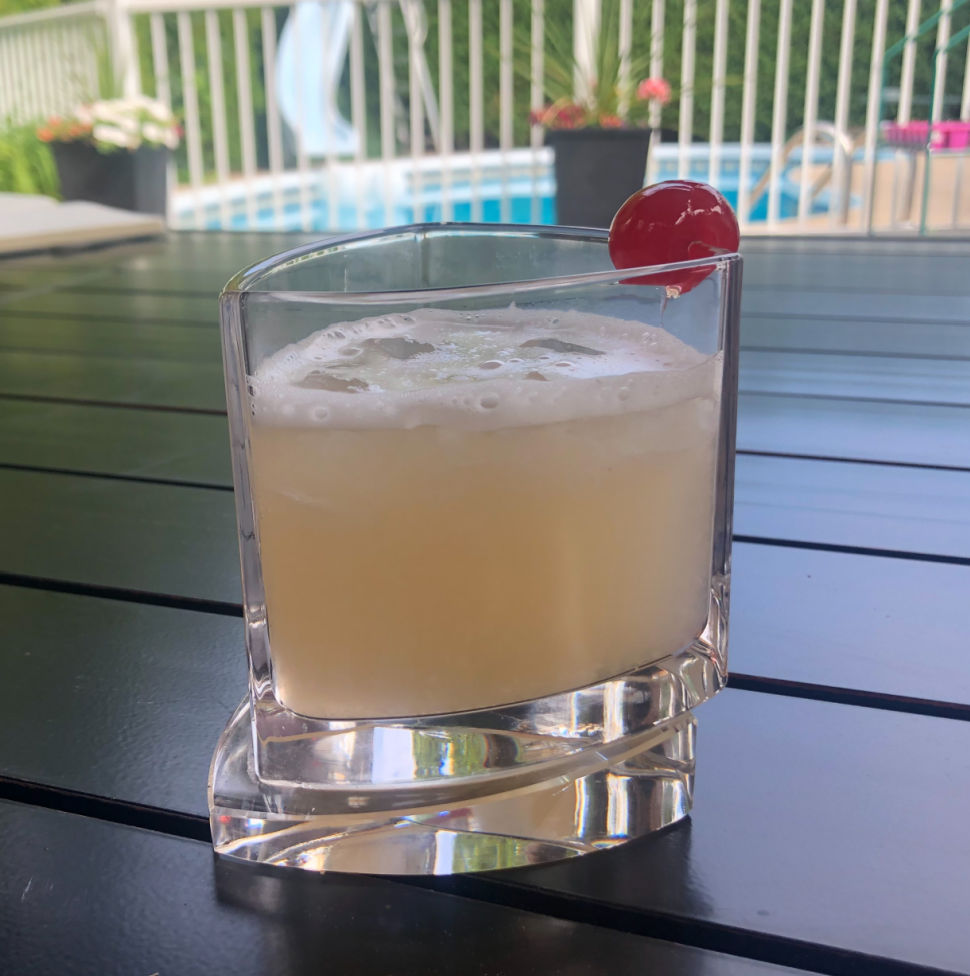 If you love the vodka sour and want to try some other variations, there are a few options:

Replace the lemon juice with lime juice and skip the bitters and you have a classic vodka gimlet cocktail.

Use cherry grenadine syrup instead of the simple syrup for a pink vodka sour that tastes of cherries.

The classic vodka sour is always a hit and this one is so simple to make. Just don't skip the shaker - it's what makes this cocktail looks so great with the frothy egg white.